if you donot want to make long days excursion from udaipur this ideal for those who are looking for short excursion near udaipur & have ideas of beautiful country side historical temples. Eklingji and Nagda temple are worth to do from udaipur Our Guide and driver will meet you in Hotel Lobby as given time, You will be pick up from your hotel and drive though the Sukher industrial area . there are multiple temples in vallay of aravali Mountains . a serene water lake baghela at distance of 25 Km from City is a man made lake.Bagh Singh, at the place. The twin Vaishnava temple complex, popularly called as Sas-Bahu temples raised on a moulded platform is entered through a detached Makara Toran on the east. The larger (Sas temple) is surrounded by ten subsidiary shrines We never seen this lake dried out in past years . Ancient nagda temples are on treaure in nature 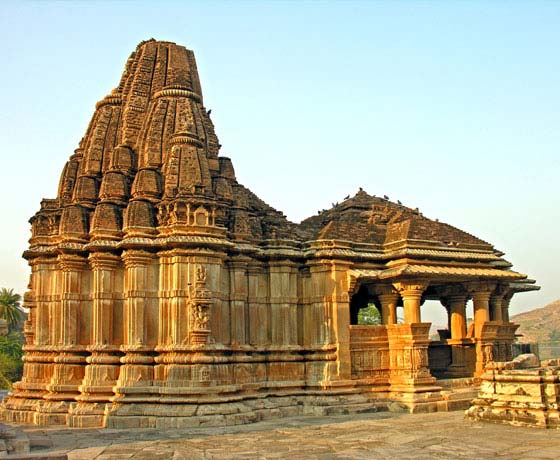 It houses 108 temples chiselled out of sandstone and marble, this temple of Eklingji was built in 734 AD. Enclosed by high walls, it is devoted to Eklingji (A form of Shiv Deity adored under the epithet of EKLINGA).

One of the prominent deity of the Maharanas of Mewar, worshiped as Mahadeva Chaumukhi, the quadriform divinity, represented by a bust with four faces., it has an ornate Man dap [ A pillared hall ] and the huge pyramidal roof composed of hundreds of knots very vividly carved and finely decorated with the coloured stones. Before the entrance in the main temple there is a beautifully sculpted huge Nandi [ the sacred brazen bull who is the loyal steed of Lord Shiva and has his altar attached to all his shrines.

The temple of EKLINGJI was constructed roughly in between the Uda- Nath route, with the hills towering around it and abundant small springs of water where more or less every tourist takes a break. And locals pay homage through out the whole year.The Belief is such. 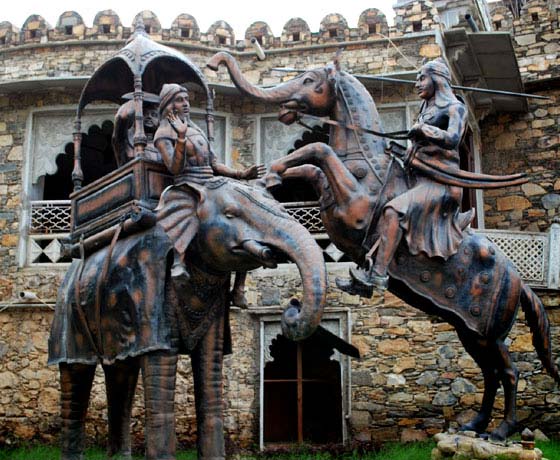 The extensive terra firma, towards the south west of Nathdwara, this historical site witnessed the great legendry battle fought between Maharana Pratap and the Mughal Emperor -Akbar in 1576 AD.

The vast terrain that was supposedly covered with blood (the sand turned Red in colour) evokes a chill in the spine till date and envelopes a feel of nostalgia,...

this was the place where the heroic Chetak the gallant charger with his dedicated loyalty towards his chivalrous master (the Maharana Pratap) proved his worth by co-operating till his last breath.

A 'Chhatri' with delicate white marble is dedicated both to the indomitable hero and his loyal charger, is note worthy. A jeep drive to this place is rather interesting. 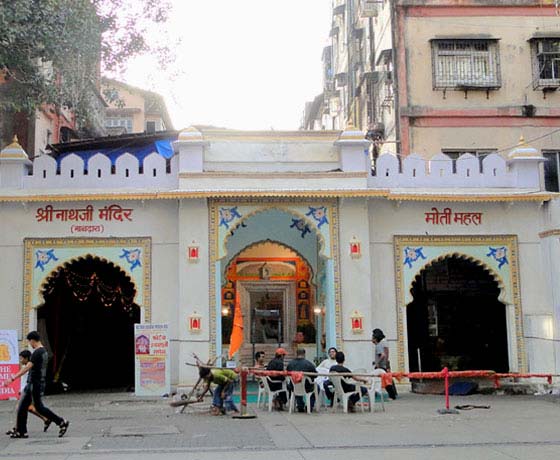 Nathdwara lies 48 kms from Udaipur and literally means the gateway to the Lord. This great Vaishnavite shrine was built in the 17th century on spot exactly defined by the Lord himself. The legends have it that the image of the Lord Krishna was being transferred to safer place from Vrindaban to protect it from the destructive wrath of the Mughal Emperor Aurangzeb.

The image when it reached the spot it vehicle the bullock carts wheel sank axel deep in mud and refused to move further. The accompanying priest realised that this was lord's chose spot and the image did not want to travel any further. Accordingly a Temple was built here.

The structure of this temple is simple, but the aesthetic appeal of this temple is ceaseless. The image of Shrinathji is worth seeing and feeling the celestial beauty of the God. Lord Shrinathji symbolizes a form of Lord Krishna, when he lifted the 'Govardhana' (a hill). In the image, the lord is revealed with his left hand raised and the right is bunged in a fist. The idol is carved out of a large black stone. Images of two cows, a snake, a lion, two peacocks and a parrot by the god's head are imprinted on the idol.

The temple authorities have not less than 500 cows and amongst them; one is regarded as Shrinathji's cow. It is considered that this cow has come from the pedigree that served the lord for centuries. Earlier, wagon-loads of food used to come here, which were said to be consigned by and consigned to Shrinathji. The holy shrine of Shrinathji is famous all over Rajasthan and India. People of Vaishnava community come in large numbers to visit this holy pilgrimage.